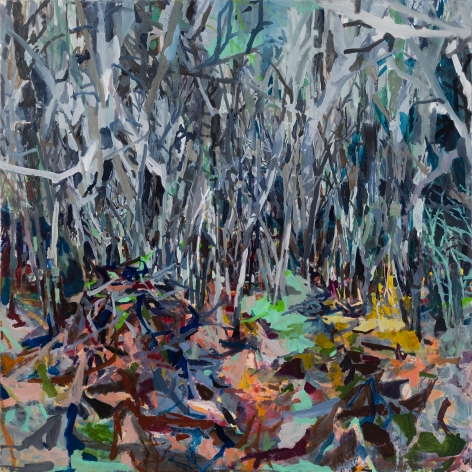 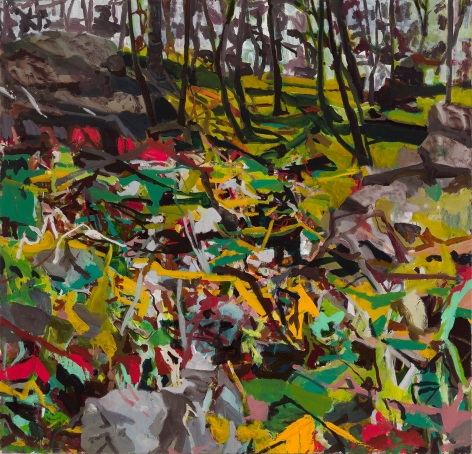 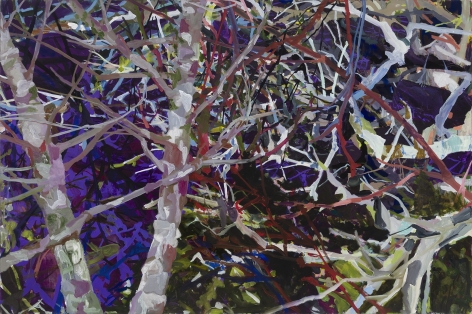 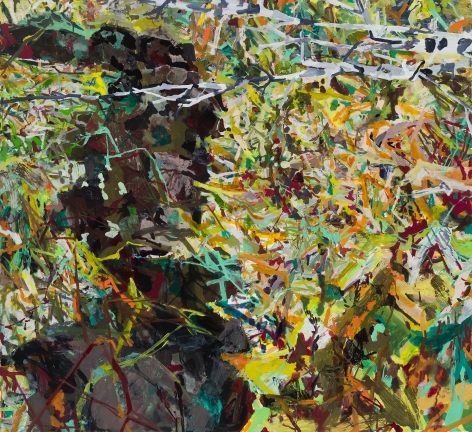 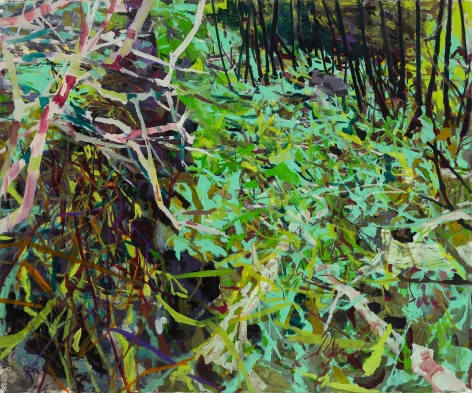 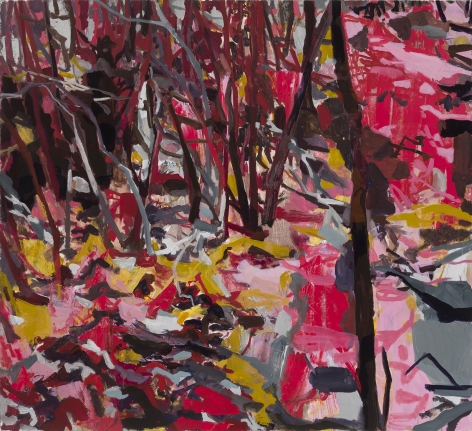 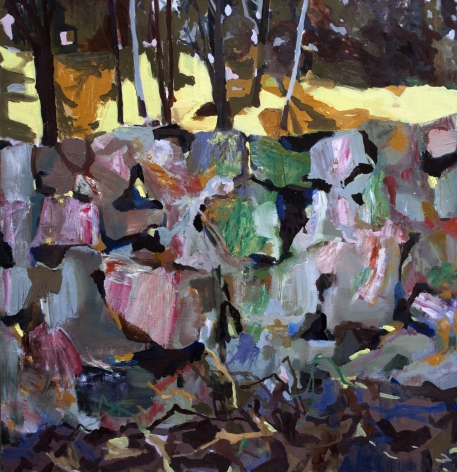 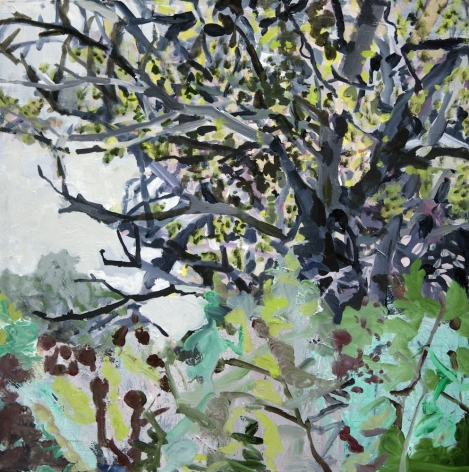 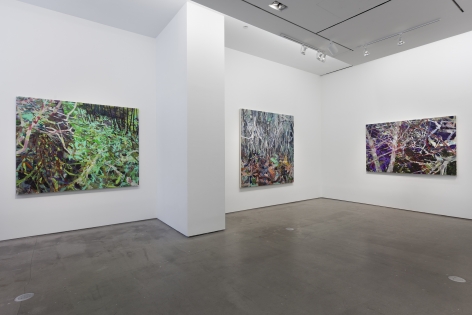 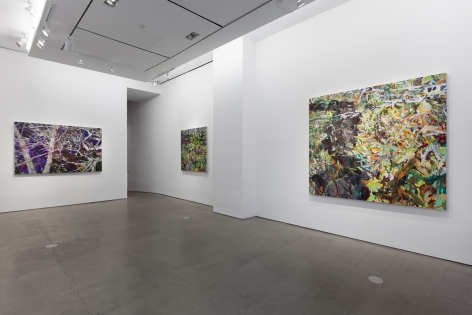 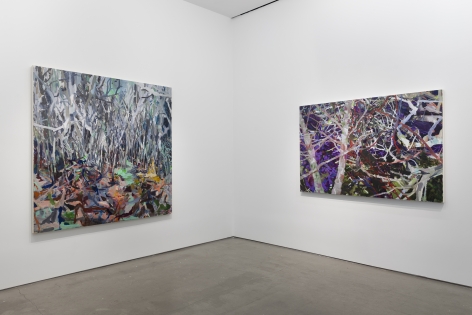 Asya Geisberg Gallery is pleased to present “Elsewhere”, the second solo exhibition of Allison Gildersleeve. With a combination of frenetic marks and inorganic color combinations, Gildersleeve uses the rough outlines of the landscape genre to upend any expectation of a cohesive image, in order to focus instead on inventing her own painting language. The artist displaces associations with a calming restorative nature and the well-worn notion of the sublime; instead her large canvases jostle with vibrations, horizons are absent, and rifts such as walls or paths dispute a realistic perspective. While never entirely entering the realm of pure abstraction, her work is always in the constant thrum of movement towards the bright light of the non-figurative, only to shy away as if, like Icarus, she might get too close and burn her wings.

In her second exhibition, Gildersleeve pushes her concept of color even further towards the imaginary, with neon purples, acidic reds, and silvery grays. She forsakes even more strategies of organizing a traditional understanding of scale and space. Nonetheless, each painting has a keystone, such as a tree limb or a softly suggested rock, without which the whole rectangle would break into individual pieces of abstraction. Her marks in their totality frequently cease to describe anything recognizable and then suddenly coalesce in that strange area of perception within our brain to form a sensation akin to familiarity. An underlying strategy is to transfer a personal evocation of place into her works, forming a déjà-vu within the viewer. In effect, a lake, rock wall, or thicket suggests our own experience of tangled limbs and lush overgrowth.

With painters as diverse as Terry Winters, Amy Sillman, Mamma Andersson, Per Kirkeby, Pollock, Kiefer, DeKooning, and Van Gogh as her forebears, Gildersleeve delivers canvases abundant with twisting jerky lines and passages of paint that somehow achieve an equilibrium within the constant motion. With a unique torque, her paintings make painting itself the subject, while never relinquishing references to our lived experience. 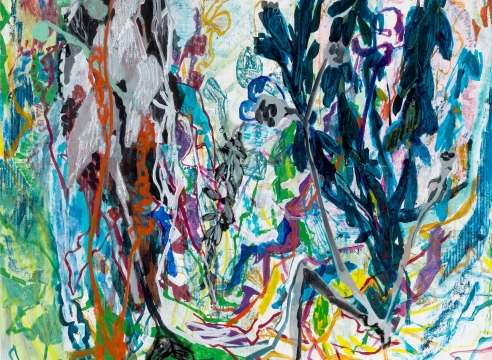 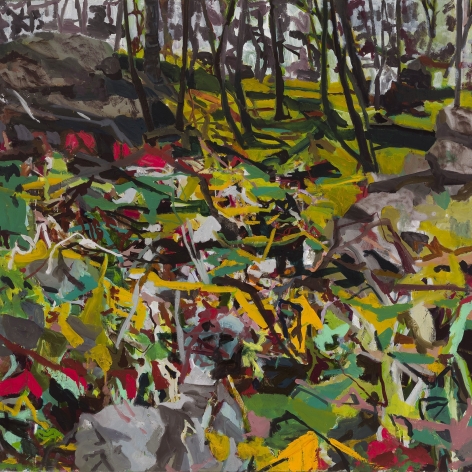