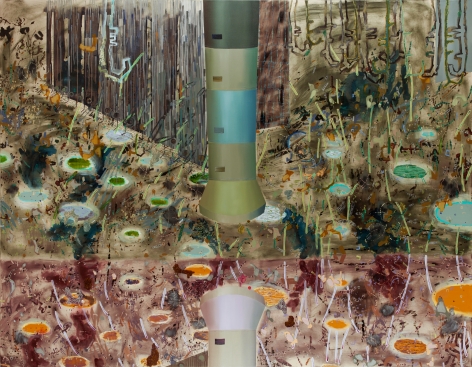 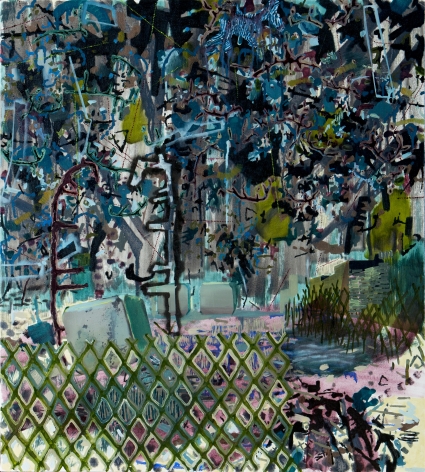 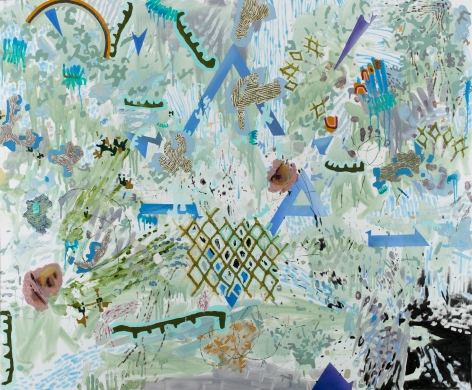 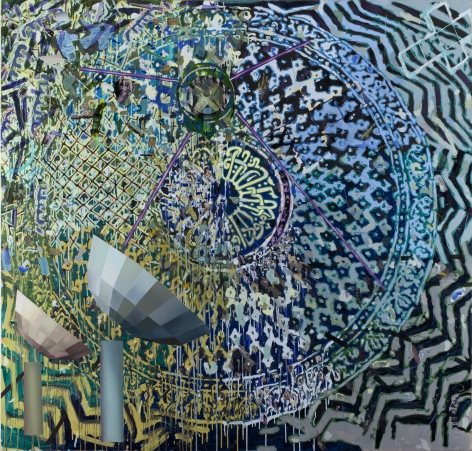 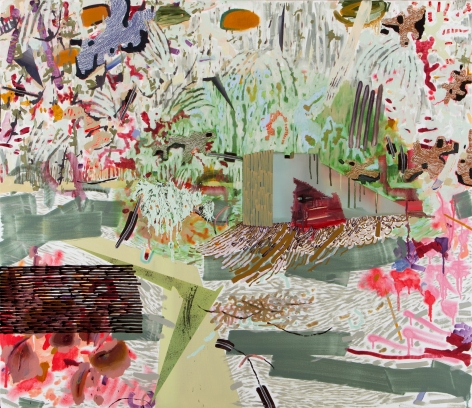 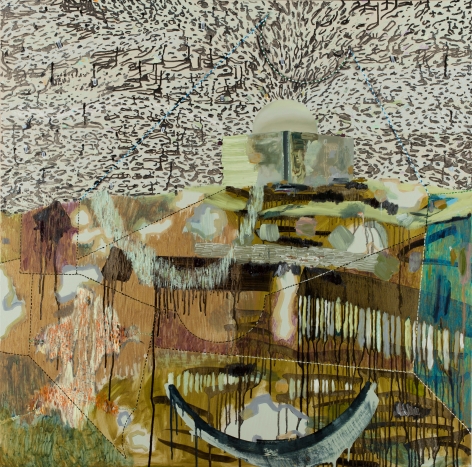 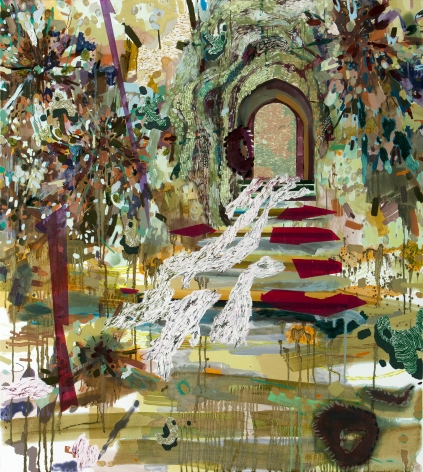 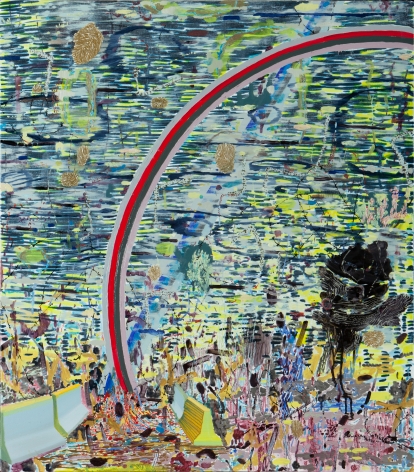 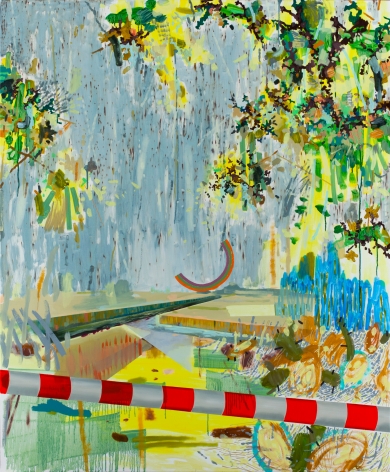 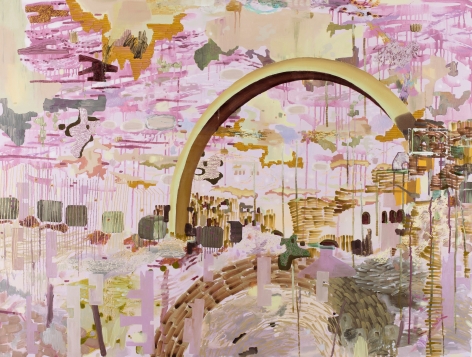 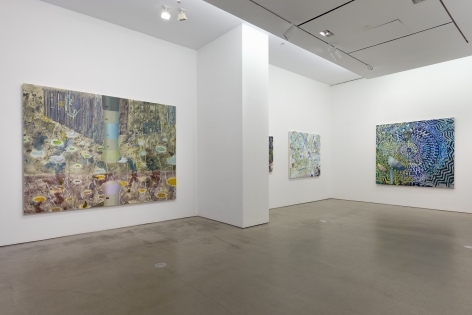 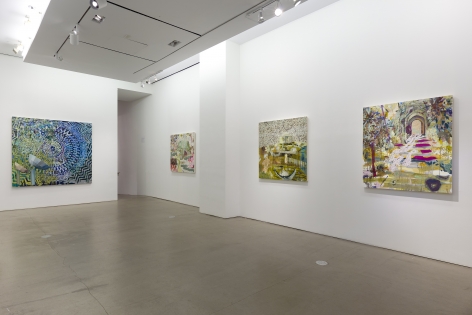 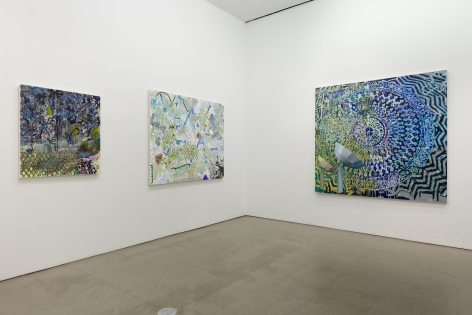 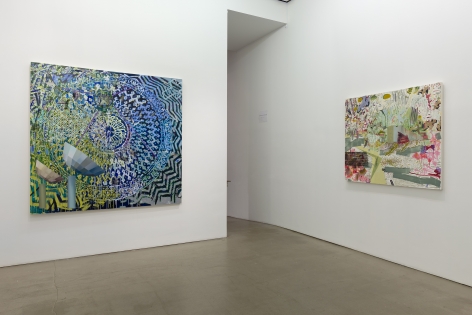 Echoes of Vuillard and Fauvism animate the overlapping layers of small interlacing lines and dense multicolored patterns. Each painting insists on the primacy of marks over subsumed symbols, and yet it is the painting’s surface that suggests the very depth of stress, confusion, and historical and political tumult in the Middle East. Arches, crescents and domes, mixed with parabolic satellite dishes, cylindrical towers, and minarets, all make a bouncing geometry of hard edges and rounded shapes. Daniel uses these forms as a visual and symbolic anchor within in each painting. Corrupt fragments turn into ominous and disembodied motifs such as barbed wire or pieces of chain-link fencing. Detritus suggests apocalyptic fallout, or nature overtaking barriers and concrete bunkers.

Daniel’s perspective as a well-traveled Canadian-Israeli forms the basis for these paintings. Her works in “Echo Shield” create a topography that is chaotic  and unsettled, without clear distinct borders. The paintings question how political demarcations drive historical causality. Her hypercharged surfaces evoke a constant state of turmoil linking the past to the present; even the skies are laced with chthonic patches of darkness. Still, Daniel’s exuberant works offer a painterly solace, through their insistence on survival and multiplicity. 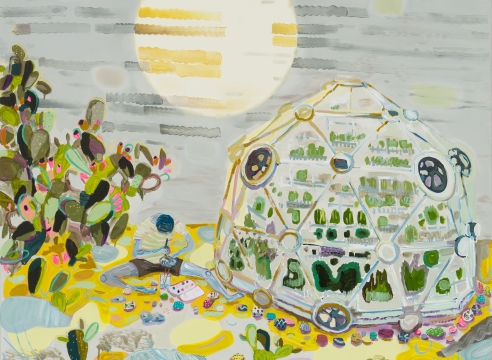 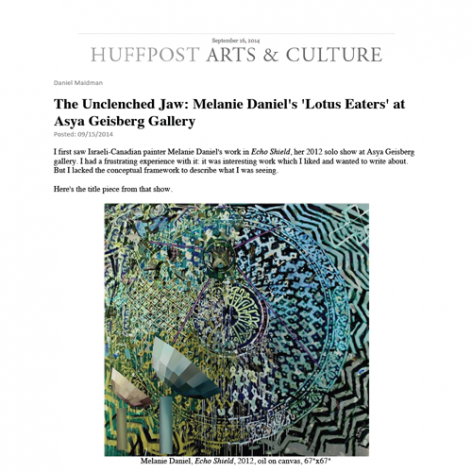