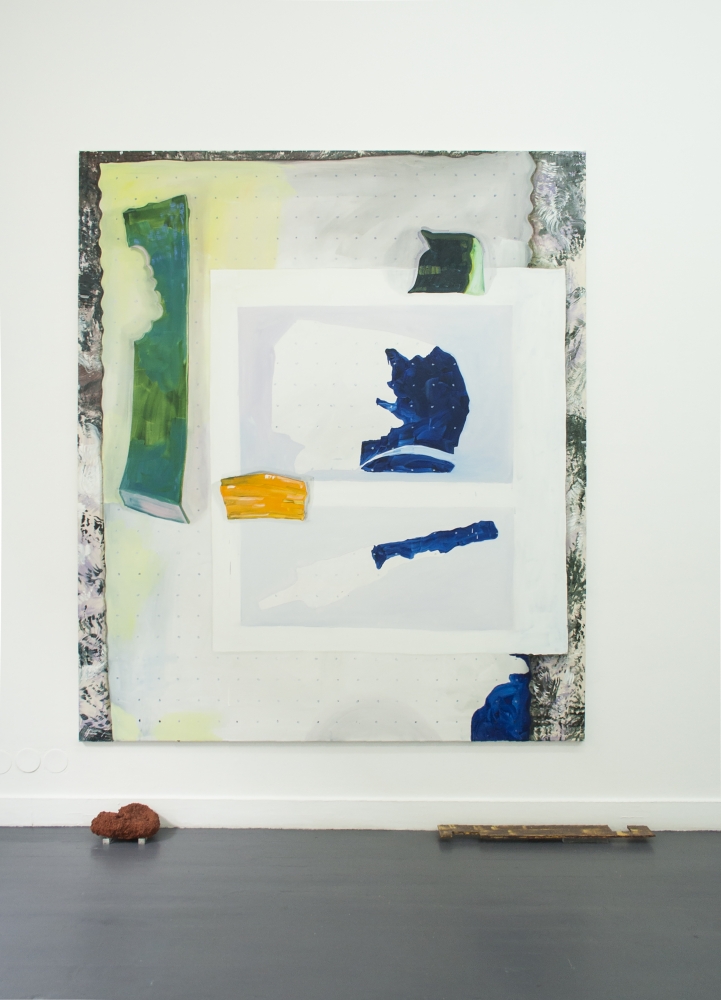 "Marjolijn de Wit’s work still testifies a substantial engagement with society in which formerly named issues are pressed upon. Still there have been the necessary changes. De Wit’s work has never been based purely on humanity’s quest for control of nature.

From the beginning, De Wit’s fascination has not only been for the moral side of compulsive cultivation, but also for the aesthetics. Instead of a thematic approach she now works at the idea through thought experiments: what would such a world look like? De Wit looks for the interface of culture and nature, the intriguing no-man’s land that exists through the raffled edges of urban planning. At the same time she touches on the history of abstract art, this bears a lively new visual language.

Still engaged, the work is more subtle and complex. Also more unsettling; the images of a world between order and chaos, the remnants of the left over space between drawing table visions and organic growth; the uncultivated property between formative, imaginative capacity and the capricious."