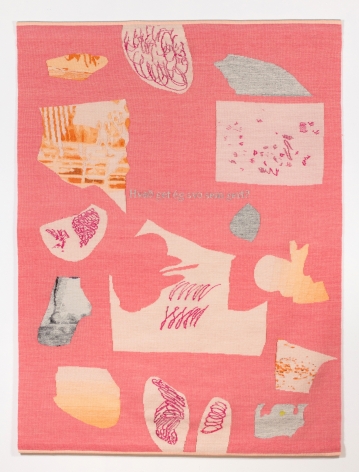 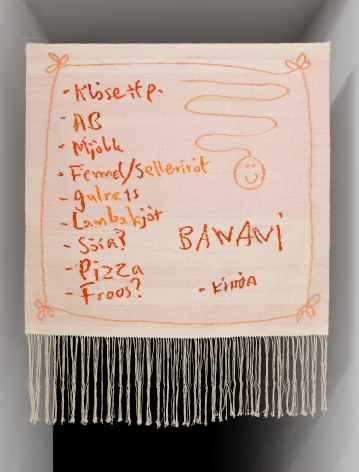 Moving away from the geometric patchwork of traditional patterns, Arna Óttarsdóttir creates loose compositions of intentional and haphazard edits. The imagery is derived from drawings, doodles, and small notes from her sketchbooks, where she does not select the final motif based on refined finish, but rather on the possibility of future exploration. The textiles are made without batting or backing, giving the viewer insight into moments of resistance to a predestined outcome on the loom. 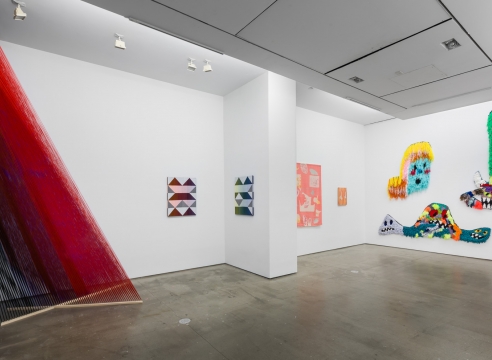