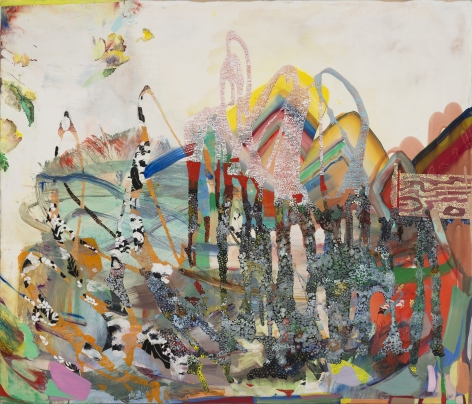 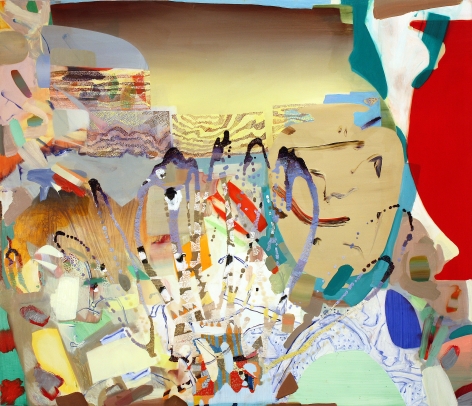 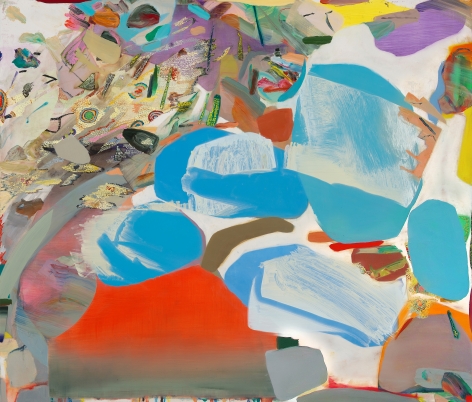 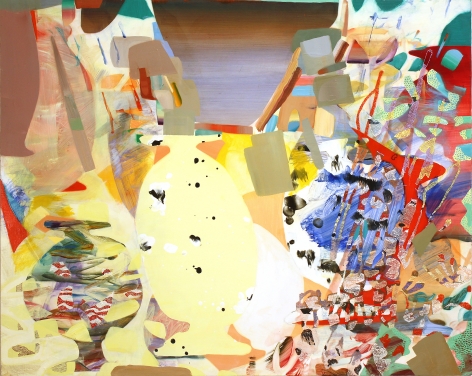 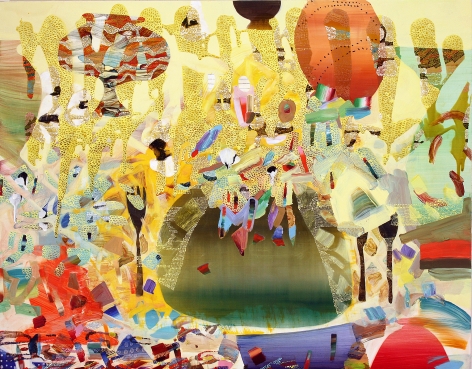 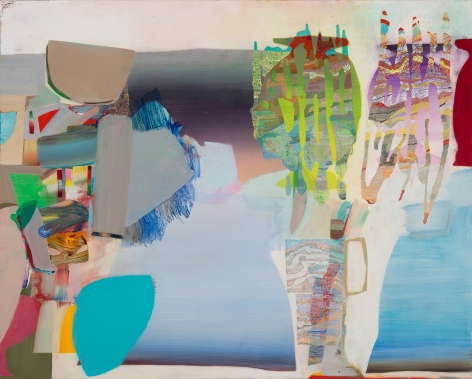 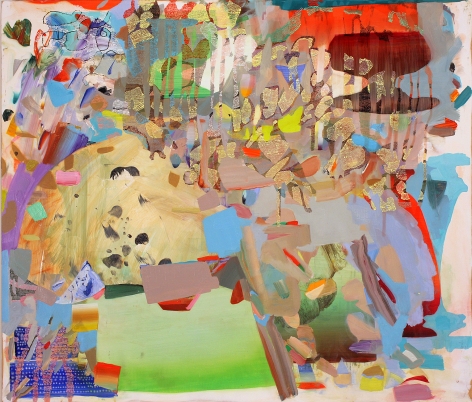 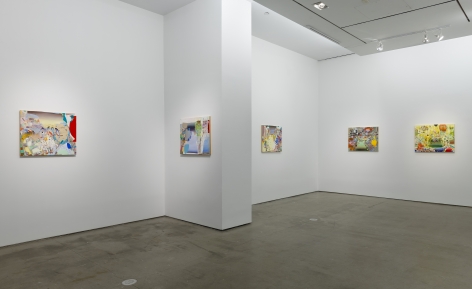 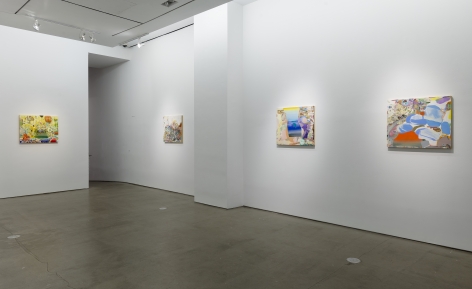 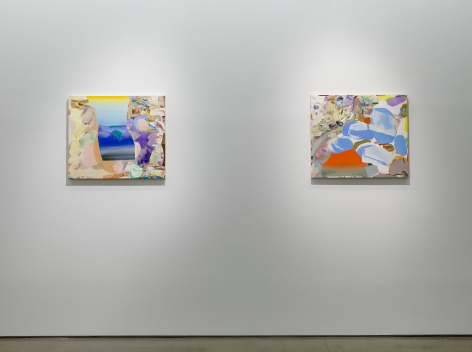 Asya Geisberg Gallery is pleased to present Heat and Dust, an exhibition of paintings by Carolyn Case. This will be the artist’s first solo exhibition in New York. In her new series, Case’s sojourns in the dusty urban environs of Tehran became the catalyst for a modified palette and conceptualization of space. Typified in the early work of Phillip Allen, Case’s schizophrenic counterpoints conjure ambiguous, implausible landscapes where suggestive objects conflate with eruptions of sprawling painterly debris. Like the Hubble telescope capturing our galaxy piece-by-piece, Case suggests an extravagant world outside of the picture plane. Divergent fields both coexist and contend, creating an elaborate multiverse within each painting. Dense areas spill over the panel edges, or are pushed back by abstractions seeping in, connoting vast realms curbed by the artist’s fragmented disclosure.

Case’s experience of the Iranian landscape resonates frequently within these new works. Throughout the city of Tehran, decaying architecture and objects both quotidian and revered coalesce under a perpetual cloaking of dust. For Case, this provides a visual homogeneity and intellectual unification for foreign bodies, shapes and forms, which the artist interweaves into each painting, allowing for more awkward bedfellows and intrepid juxtapositions. The patchwork walls of Tehran display a mélange of glaring inconsistencies, with mismatched colors, materials and finishes. Repaired brickwork frequently consumes areas of graffiti, leaving a vacuity between words, gesture and color. This mashed-up restoration becomes a poignant metaphor for painting itself, most evident in works such as “Wishful Building”, where a reluctant melding of gesture and semi-erased form evokes a decaying archway, exposing a serene rubicund horizon beyond.

Previous references to religious iconography, Andean textiles, and miniature painting remain, but are now broken apart and recombined with a shrewd eye and erudite methodology. In “Starfish Energy”, Case fires on all cylinders, creating a jarring synchronicity of references. Drawing our eye back to the center of the panel, a matrix of multifarious dots, leaching pigmentation, and sequential line-work lie suspended within a complex network of limpid rivulets, loosely obscuring the impasto brushwork underneath. Rainbow waves suggesting mineral matter lie at the tip of the crescendo, crowning a cascade of liquid strokes that superficially veil a space of questionable depth below. Here, Case stifles at least a third of the picture plane, where one could be mistaken for conjuring the shape of a tulip fromephemeral clumps of brushwork. These areas of bleakness reverberate with as much intensity as the raging cacophony below, highlighting further the signature heterogeneity with which the artist wields her brush. 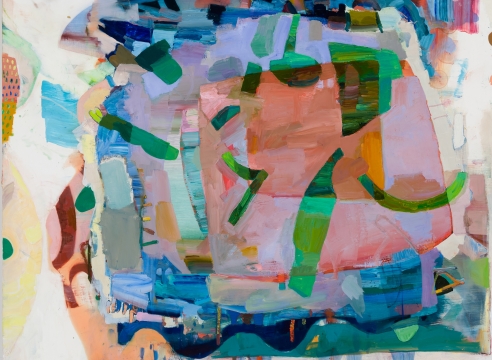 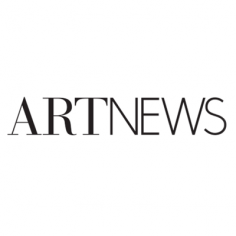