Asya Geisberg Gallery is proud to present “Dismantled Spirits”, the third solo exhibition by the Icelandic artist Guðmundur Thoroddsen. In his new body of work in drawing and collage on paper, ceramic, and painting, the artist’s style loosens, paralleling the idea of contemporary masculinity in ideological disarray, as the moving parts of the patriarchal system dissolve over time in Thoroddsen’s scenarios. With juvenile pencil scratches and odd collaged fragments on nostalgically colored tableaux, the artist evokes a pre-apocalyptic bacchanal of men striving to capture the dying days of male supremacy.

In “Dismantled Spirits”, abstract shapes populate each media, so a cut piece of paper might find its echo in a ceramic - each looking unheroic and imperfect, as if in light-hearted mockery or failed attempt at mastery. Crudely formed ceramic statuettes evoke trophies, although with titles like “Heathen Boy” and “Double Naughty Man” the competition is farcical and pointless to win. In both his paintings and works on paper, Thoroddsen’s cast of characters has expanded to include not only bearded ancient men cavorting in the nude or playing sports in modern dress, but men from varying religions and eras, merged in a non-sequential mélange of activities and poses.

Thoroddsen’s customary keen sense of humor paradoxically serves to heighten the seriousness of his themes. While the men and symbols of masculinity in his oeuvre are frequently infantile and profane, the crisis of definitions, of understanding “where we stand”, has been well examined among cultural critics. As feminism’s constant questioning of the role of women permeates the culture at large, the question of what is equated as strictly “male” must now also be readdressed. Dichotomies are regularly thrown out the window, but very little new ideology is securely put into place.

Thoroddsen has always comfortably put his art astride the personal and the global, the historical and the now: the embrace of his discomfort and society’s at large is what makes his world one of constant surprise and ambiguity. As the artist explains, “All the same ideology is there; men and their stupid doings, the state of the patriarchal system and our position within that system. What is happening now is that I myself am more lost and men in general are finding themselves in a position unfamiliar to them and everything is up in the air. Being lost is not necessarily bad. It can be fun and exciting like it is in my works. It can also be seen as total chaos and the fall of the system - which in turn can be good.” 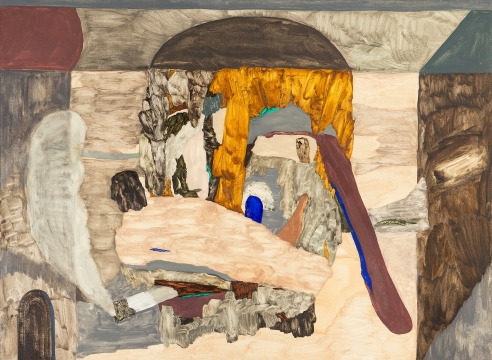 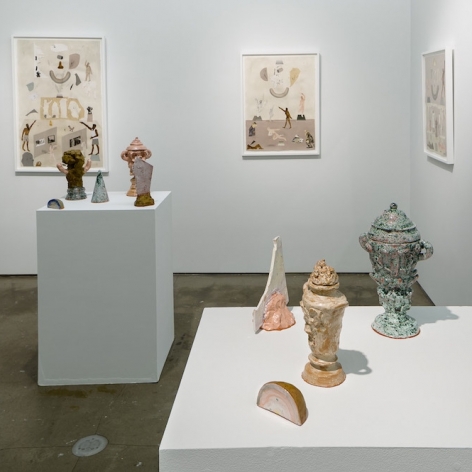 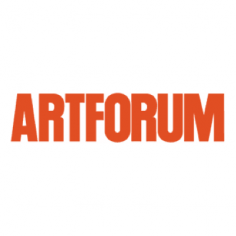 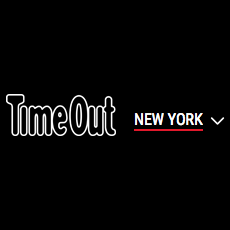 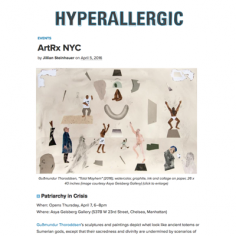 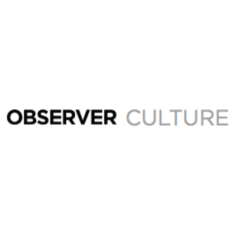 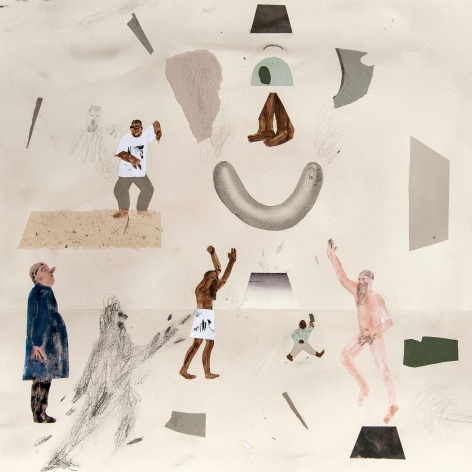