Asya Geisberg Gallery is pleased to present "Stature", our first solo exhibition with Rodrigo Valenzuela, whose career encompasses photography, installation and video. "Stature" features eight photogravures taken of the artist's studio constructions. As is typical of the artist, the series masterfully balances on a fulcrum between fiction and documentary traditions, "commonplace" materials and rarefied results, flattened photos of ambiguous scale and three-dimensional references. The forms in "Stature" could refer to Brutalist architecture, outdated machinery, or modernist monsters, but in fact they are concrete and plaster casts of discarded consumer packaging. Their immobility, too, is an illusion - all the forms are carefully stacked and tenuously balanced, rather than glued in place. There is ample metaphor to be quietly contemplated - i.e., undoing a politically repressive regime's monuments with one push - but Valenzuela resists didactic urges, and instead embeds his interests in labor, capitalism, and socio-political symbols into serene images that slowly reveal their many languages.

Valenzuela's previous work in photography has continually been black and white, which the artist believes facilitates a simpler reading of the material and allows for more emphasis on form and iconography. The works in "Stature", while still monochrome, bring a new palette of rich grey-sepia tones, lending them an old-fashioned gravitas.  The pre-film photogravure printing process results in images that are more tactile than traditional photographs, and certainly when compared to the digital image, feel almost like charcoal drawings. The process also points to Valenzuela's long-standing interest in valorizing unseen labor - it is heavily physical, involves collaboration, and can only supply a limited number of hand-pulled prints, in contrast to the immediacy and infinite reproduction capacity we usually expect of photography.

Valenzuela's choice of polystyrene forms and concrete respectively bridge the throwaway culture that high capitalism incurs and the ubiquity of institutional structures that wield their authority through material choice. Having grown up in Pinochet's Chile, Valenzuela has long been familiar with the imagery of protest and nationalist messaging. With quietly seductive photogravures, Valenzuela offers a surprising generosity of layers: a re-evaluation of black-and-white documentary photographic tradition, art historical awareness, and a fascination with the power of architecture to impose control. His laboriously constructed mirages entrance us with their potency.

Rodrigo Valenzuela (b. 1982 in Chile) lives and works in Los Angeles. He completed an art history degree at the University of Chile (2004), then worked in construction while making art over his first decade in the United States, completing a BA in Philosophy at Evergreen College (2010) and an MFA at the University of Washington (2012). Currently, Valenzuela is a professor at the UCLA School of the Arts and Architecture. Valenzuela’s solo exhibitions include: Galerie Kandlhofer, Vienna, Austria; Klowden Mann Gallery, Los Angeles, CA; Museum of Art and History, Lancaster, CA; New Museum, New York, NY; Arróniz Arte Contemporáneo, Mexico City, Mexico; The USF Contemporary Art Museum, Tampa, FL; Santa Cruz Museum of Art & History, CA; Orange County Museum of Art, Santa Ana, CA; Jordan Schnitzer Museum of Art, Eugene; Portland Art Museum, Portland, OR; and the Frye Art Museum, Seattle, WA. Valenzuela has completed residencies at Light Work in Syracuse, NY; a Core Fellowship at the Museum of Fine Arts, Houston, TX; Skowhegan School of Painting and Sculpture; ME; Bemis Center for Contemporary Arts, NE, and the Center for Photography at Woodstock, NY. He is the recipient of several awards, including the Painters and Sculptors Grant from the Joan Mitchell Foundation (2017), Open Sessions Artist at The Drawing Center, NYC (2016-17), an Artist Trust Arts Innovator Award (2014), the Texas Contemporary Award (2014), the Stranger Genius Award (2013), and the University of California Artist Research Grant (2015). 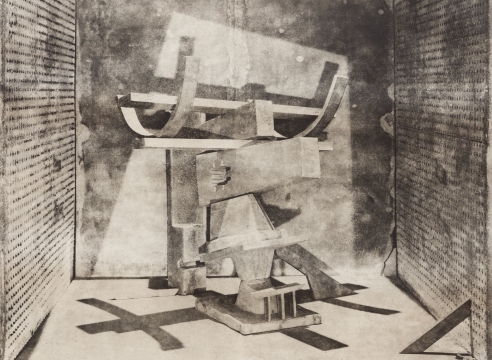 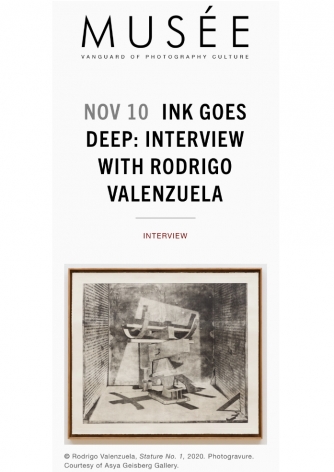